On July 12, 2017, the United States Citizenship and Immigration Services announced it will be issuing a revised I-9 Form for employers to use, effective September 18, 2019. The Employment Eligibility Verification, better known by its shortened name, I-9, is a form that employers must complete in order to verify all new employees’ right to work in the United States.

All U.S. employers are required to complete a Form I-9 for every employee hired in order to verify that the individual is authorized for employment in the United States under the Immigration Reform Control Act of 1986 (IRCA). Beginning September 18, 2017, employers must use the new version of the Form I-9 for all  new hires and for re-verifying current employees with expiring authorization documentation. Employers should not complete new Form I-9’s for existing employees who do not require re-verification. A best practice would be for employers to begin using the new edition of the Form I-9 immediately upon its release.

The changes to the form are mostly cosmetic in nature. There will be changes to the “Consular Report of Birth Abroad” documentation and certain categories will move from one List to another, but aside from that, the changes are minor.

If you have been following the Presidential policy staments lately, immigration and immigration reform are hot button topics. The number of immigrants, both legal and illegal that flood our shores each year have a direct impact on business and those employed to conduct your business. This article is not meant to be a social commentary on the immigration issue. I will leave that to far wiser folks. However, as an employer, you have a legal obligation to employ only those individuals who are authorized to work in the U.S.

In 1986, the Immigration Reform Control Act (the “Act”) was passed which required all employers to verify the employment eligibility of those seeking to perform employment in the United States.   The burden of proving employment eligibility falls equally upon the employer and the employee. To assist in the process, the Act set forth what is called the “Employment Verification Form”, more commonly known as the I-9. The form can be completed either manually (paper form) or directly on line.

Do not get sloppy with your I-9 Employment Verification Forms! In the past 3 years, the U.S. Citizenship and Immigration Services (“USCIS”) has initiated a horde of workplace audits to make certain employers are in compliance with the I-9 requirements. The USCIS is also turning to criminal code prosecutions rather than just handing out civil penalties in an effort to heighten public awareness of an employer’s obligations. The agency says the new focus on employers, rather than employees is “to target the root cause of illegal immigration.”

Aside from the threat of criminal sanctions, poor I-9 documentation and compliance can cost an employer $1,000.00 per worker, and knowingly hiring an illegal worker can result in fines up to $10,000.00 per worker. Also, be aware that the I-9 form has changed throughout the years and an employer using an out of date form, even in good faith, is subject to risk. The newest version of the I-9 form can be found at www.uscis.gov/I-9.

To sidestep potential problems in the I-9 arena, follow these simple TOP 10 Do’s and Don’ts:

With over 30 years’ experience in advising both employees and employers on cutting edge employment law issues, let Boznos Law work with you to ensure you are ready to meet the challenges posed by the ever-changing employment law landscape. Call Bill Boznos today at (630) 375-1958 or contact us at www.boznoslawoffice.com/contact-us through our website at www.boznoslawoffice.com. 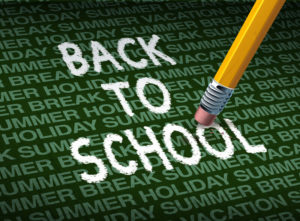 PrevPreviousIs the ADEA Showing its Age?
NextBiometrics – The New FrontierNext